the second thing I tried was actually using it.

No sound outputted and the wave osc went crazy.

So I tried disabling it and ging back to plate… nothing. ANA break and did not work anymore.

So I tried uninstalling the synth and reinstalling it from scratch.

Worked fine. Re-tried the convolution reverb… broke again and I had to delete it again.

odd behaviour - i cannot reproduce that.
Did you select a specific convolution reverb that caused the issue? 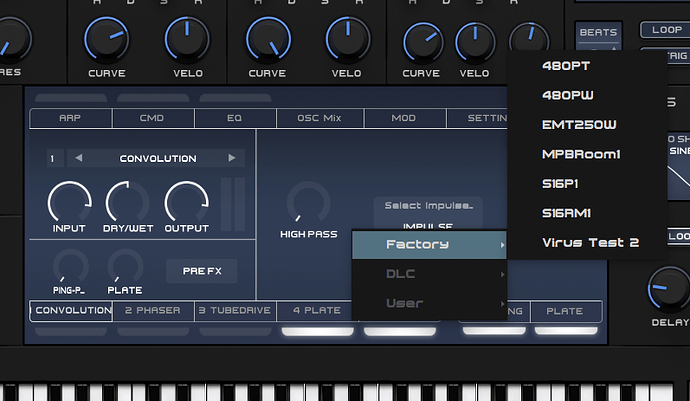 I can’t remember that detail… what I can say tho is that it now has gotten worse.

I just re-downloaded the installer from SA and re-installed the beta version in my computer in order to check… problem is tho… now it just plain does not work even with the INIT and without any tweaks.

Please note that in the video below the audio is NOT disabled… the synth just doesn’t play it.

seems it’s not related to the convolution reverb then, looks to be a different bug.
Your Audio out device is definitely set up and active ok?

Yes if I load up any other instrument it works.

Tought it was related to the convolution because the first time I tried it started happening right after I switched from plate to convolution… now it’s just doing it from the start.

Also please note that of course by uninstalling it and re-installing the previous version it works normal.

you are running the 64 bit FL Studio app?
Can you please try the VST2 rather than the VST3 for me

have been able to reproduce here now

Cool. Hope it helps. I’ll be testing it a little more in the next days. If I find anything else I’ll be sure to write :)_